Not everything is black and white ….x

Good morning, where oh where is the sunshine!!!!! I thought when I woke up this morning that it was going to be lovely but the clouds are building up again. Probably more thunder later on again! I was checking through my camera when I spotted this card I made a couple of weeks ago for Crafter’s Companion. It was for the launch of the Spectrum Noir Pens …. have you got yours yet???
Anyway, I realised that I have not posted it here on my blog. How forgetful!!! It has been everywhere else though – on Facebook, on the Crafter’s Companion News blog and even on Create and Craft but not on my own little space! 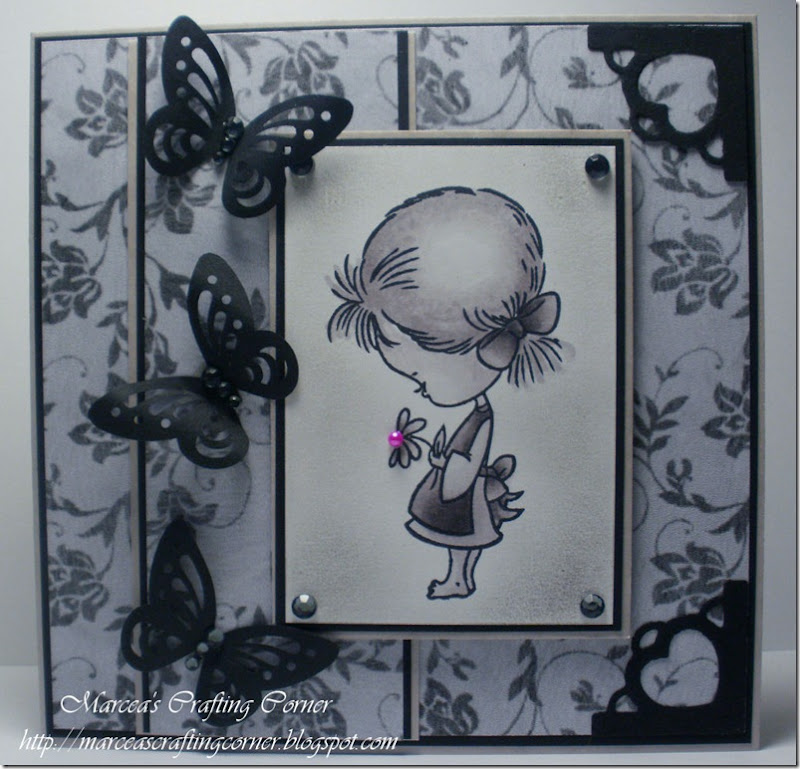 Now this was a challenge, the powers that be had asked me to make a card only using the warm grey Spectrum Noir  pens …… rather proud of this one if I am honest, it turned out much better than I hoped! 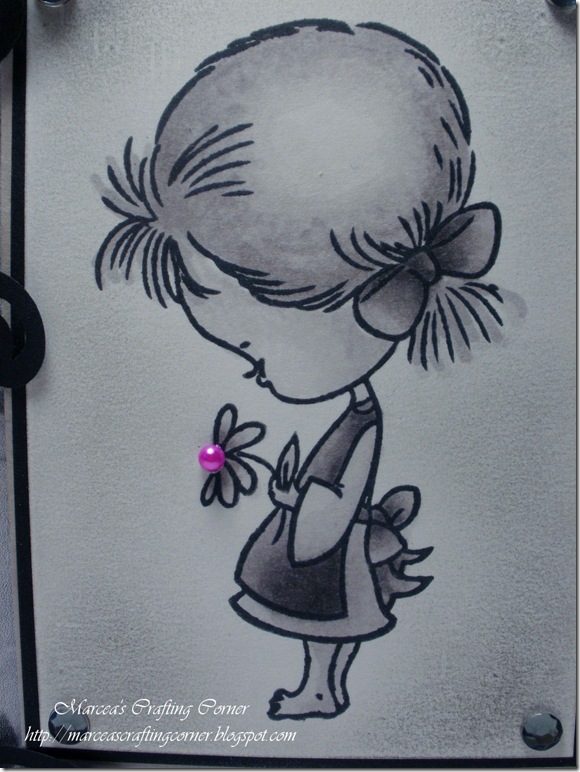 I had originally used a grey rhinestone for the flower centre but then I thought I would like just a tiny accent of colour so it was then changed for this pretty pink pearl. I then ummed and ahhed if it was the right thing to do but left it with the pink.
The image is one of the beautiful SWALK stamps – probably one of my favourites …… ‘With Sympathy’ and the papers were printed from the SWALK papercrafting CD-Rom using the colouriser to make it black and white.
Challenges
Secret Crafter – Black & White only
That’s it for now ….. off to do a little bit of crafting … what else!!
Pop back tomorrow for some very BIG news …… been itching to tell you all xxxxxxxxxxxx
Posted by Marcea at 10:29

How great that looks in black and white and love the little touch of colour. Have ordered some pens! Couldn't wait any longer!

this really shows up your fab shading Marcea - and the pens off to their full potential!

Love the touch of pink on the flower centre - shows it up really well!

What a lovely card Marcea goes to show you not need loads of colour to make a stunning creation.
Hugs
Marie xx

Gorgeous card Marcea, I think you made the right decision adding the little pink pearl.

Ooooh Marcea, this is beautiful, love the monochromatic look, so pretty :)

This is an absolutely beautiful card. You're very talented. I love the touch of colour with the bead on the flower. Sarahxxx

Gorgeous! I love your coloring!

What a gorgeous and sweet card, so subtle that one speck of colour. Hugs, Frea

So beautiful card Marcea,I love the image and the colours.
So gorgeous papers.

fabulous creation and great use of the black and white, thank you for joining us at the Secret Crafter Saturday Challenge
Hugs Kate xx

This is stunning:) Sandra H

oh Marcea this is gorge xx

Some links may contain affiliate links; this doesn't effect any purchases you make, it may mean I might receive a small commission which all goes in helping my channel to grow. If any links/discounts do not work, please let me know. Thank you. #ad

Hi there, middle of the week and what a surprise – I am at work again. I always seem to work on Wednesdays recently so here is another s... 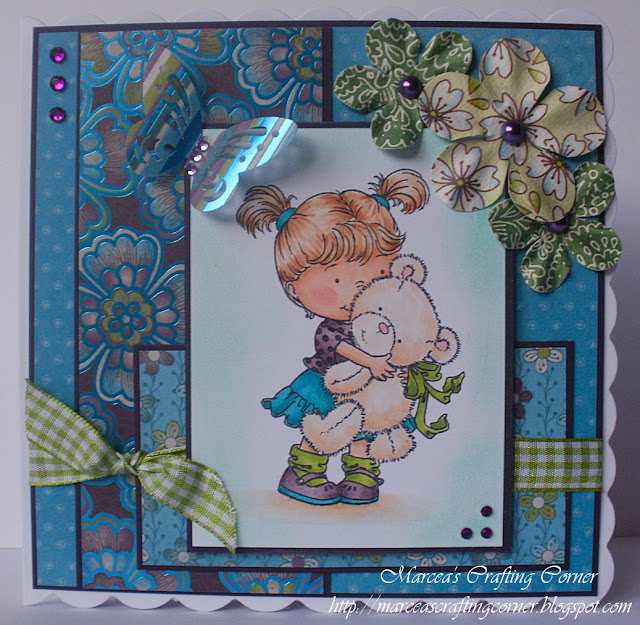 My favourite place for beads